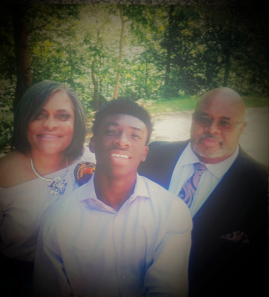 
Pastor Macon was educated in the Birmingham Public School System. He is a graduate of John H. Phillips High School, class of 1978. He attended the University of Alabama for three years before completing his undergraduate degree in Business Management at the University of Alabama in Birmingham, class of 1983. Pastor Macon later attended the Birmingham Theological Seminary where he received a Master’s of Arts in Ministry, concentrating in Pastoral Leadership, class of 2003.


Pastor Macon was ordained to the Deacons Ministry under the leadership of  Dr. Tommy C. Chappell in January of 1989 at New Rising Star Missionary Baptist Church, (Eastlake) Birmingham Alabama. He also served as a Sunday School Teacher on the Christian Education Staff at NRSMBC. Pastor Macon presented his initial public sermon after having accepted the call of God on his life to the Gospel Preaching Ministry, and was licensed at NRSMBC on July  5, 1998. Pastor Macon was ordained in the Gospel Preaching Ministry on April 30, 2000, and was called by the First Baptist Church of Woodlawn to serve as their Pastor. His service began the first Sunday of June 2000.

Pastor Macon is committed to Christ centered preaching and teaching. He believes the divine mandate of Gospel Preaching is rooted in the charge given in II Timothy 4:2. “Preach the word; be instant in season, out of season; reprove, rebuke, exhort with all longsuffering and doctrine."